Our law firm helps clients who want to apply for a deputyship order because a family member has lost mental capacity, and did not make a Lasting Power of Attorney.

There are two situations in particular where deputyship orders can help:

In 2008, the Mental Capacity Act was passed, a piece of legislation designed to allow individuals (called ‘donors’) to plan ahead and appoint a Lasting Power of Attorney (LPA), which is someone to make their decisions (called a ‘donee’), if they ever lost the mental power to do it themselves.

In addition, the MCA also enabled the Court to appoint ‘deputies’ to act on behalf of someone who has lost mental capacity but did not appoint an LPA.

There are many reasons why someone might become mentally incapacitated. It is not always because of old age. Sometimes it is due to an accident, or it could be because of dementia, another disease or a stroke. Young people lose mental capacity too. It is becoming increasingly common, however, as the population in Singapore lives longer, and so the legislation is designed to balance someone’s right to make their own decisions with the necessity to protect them when they have lost the ability to protect themselves.

A trusted person, called a donee, can be made an LPA under the MCA, and they will act on behalf of the donor when they have lost their mental faculties. For example, they might manage their personal welfare or financial affairs.

Parents with intellectually disabled children can also apply to the Court thanks to the MCA, and ask for a trusted person, known as a deputy, to make their child’s decisions for them.

The Office of the Public Guardian was created to protect mentally incapacitated people.

Defining a ‘Lack of Mental Capacity’

The MCA defines this as follows, in section 4(1): someone lacks capacity in relation to a matter if, “at the material time, they are not able to decide for themselves in relation to the matter, due to an impairment or disturbance in the functioning of their mind or brain”.

What is a Deputy?

A deputy is an individual, appointed by a Court, and given special powers to take decisions for a person who lacks mental capacity and didn’t make an LPA, relating to their welfare and benefit.

As well as looking after the incapacitated person’s personal needs and monetary affairs, the deputy also has to give a yearly report to the office of the Public Guardian. This report sets out which decisions the deputy made for the person, and how that person’s money was used by the deputy.

A deputy will need to be appointed by a Court if someone has lost mental capacity and did not exercise a Lasting Power of Attorney.

Parents of young, handicapped children (below 21 years old) may use the Mental Capacity Act to apply for a Deputy. This can give them peace of mind that their children will be cared for if the parents should die or themselves become incapacitated.

There will also be a need for a deputy if someone has dementia or has had a stroke and loses mental capacity. A deputy can then access their bank account and manage their financial affairs.

Deputyship Matters to be Decided

Families should discuss amongst themselves whether a deputyship is needed in their circumstances, under the MCA. They should decide who it should be, and how many deputies will be needed. Then they will have to decide on the following matters:

An application for the appointment of a deputy must be filed within 6 months of obtaining a medical report.

If a deputy needs to withdraw an amount of money less than S$80,000 then the necessary court order can be granted using the simplified filing track. The orders you can apply for using this track are listed here.

Depending on the situation, two types of deputyship orders can be applied for:

Because the powers are so comprehensive, this type of court order is the most common. There is no need to return to the court at a later date to get a further order.

What happens if you die without a Will?

Grant of Probate or Letters of Administration?

If a deceased person dies and leaves a valid will, then the beneficiaries named in that document will get the assets. A Grant of Probate needs to be obtained by court application. However, if the deceased left no valid will, then family members will have to ask the court to issue a Grant of Letters of Administration. Family members would then receive the inheritance according to the Intestate Succession Act....

What to do when a loved one passes away

Even though experiencing the death of a loved one is a very difficult and emotional event, there are certain things you must do if it happens. These range from hiring a probate lawyer to settle financial and legal matters, as well reporting the death, to deciding how the estate should be managed and settling questions about inheritance. Here are the 8 legal things you should do if a loved one...

Please select from the available contacts below to speak to them directly. 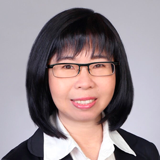 × How can I help you? Available on SundayMondayTuesdayWednesdayThursdayFridaySaturday